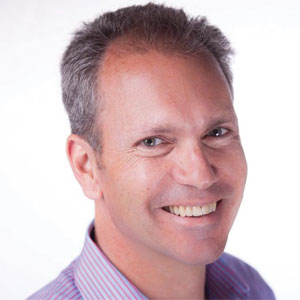 Robert Lento President, CEO & Director Invisible to the eyes, Content Delivery Network (CDN) is already steering the ways the digital world appears on our screens. And, market reports anticipating double digit CAGR for the industry in the recent future prognosticate golden days ahead for this approximately six billion dollar market.

While exploding demand for faster content delivery and uniform experience across every type of device will ascribe most of this growth, how big a share the incumbents carve off this growth will depend on how well they fulfill these two crucial requisites. Additionally, the cord-cutter generation’s affinity toward internet as the source of content consumption also comes into the equation. These factors are aggravated by the fact that video content will make up around 90 percent of IP traffic by 2019, and that too in higher resolution formats such as 4K. And, the global internet traffic being already heavily congested, the days ahead for CDN to accommodate such taxing demands are only bound to get tougher.

Albeit, one simple, common way to better navigate the traffic is to use smarter, smaller vehicles—newer, more efficient content delivery technologies in the present context—one cannot rule out the appeal of using an altogether separate highway. Tempa based Limelight Networks [NASDAQ:LLNW] happens to be in absolute agreement with this notion. While, Limelight’s over 80 points-of-presence spread globally that churn up to 15 Terabits per second of egress capacity easily makes it one of the largest CDN, the company places its wager on it’s entirely privately owned and operated network. This means content transit through their network bypasses the latency in congested public internet, eventuating into rapid delivery.

On a granular level, however, private network interprets into Limelight retaining control over the first, middle, and last miles of content transit, with performance optimization capabilities right from the origin to the final point of consumption. Limelight Networks senior director of product management, Steve Miller Jones explains, “At the first mile between the origin and the edge of Limelight CDN comes techniques for connection pooling, acceleration optimization, both for requests to the origin and in responses from the origin.” Once the content is into the middle mile, there are provisions for compression on-the-fly and distribution of the content amongst the servers in the best way possible. In the last mile provisions, such as caching, and rules on request and response allow Limelight to make logical decisions at the edge that affects how the content is delivered.

Limelight retains control over the first, middle and last miles of content transit, with performance optimization capabilities right from the origin to the final point of consumption

Leveraging the private network is Limelight Orchestrate platform for video delivery that encompasses, both video on demand and live video streaming. The company’s cloud-based storage, transcoding and transmuxing capabilities automatically detect the end user device and select the most suitable format that optimizes user experience, eliminating the need to maintain on-premise equipments to handle complex video transmutations. Cloud capabilities also mean that clients can upload content from anywhere in the world which are then prepositioned by the intelligent network in servers closer to the end user. Limelight’s on-the-fly streaming capabilities coupled with simplified workflow allow audience to tune in faster hastening time to revenue. Their unique policy driven system then handles replicating objects automatically to as many locations as a client’s business may need.

"Our analytic capabilities help our customers to understand who is consuming their content, from where and for how long, allowing them to better monetize their content"

Apart from rapid delivery of static content, such as videos and software objects, the private network also wins the game at times when “response time that is mere 400 milliseconds slower than a competitor’s can cause users to abandon a website.” Limelight’s network delivers dynamic content, such as HTML and application frameworks by avoiding the congestion points in internet and applies TCP optimizations in ways that accelerate website performance. In addition, Limelight employs unique cache management system that sends files to over 40 edge servers distributed globally, generating cached rates that routinely exceed 98 percent– one of the highest cached rates in the industry. This means users can download software or firmware uploads as soon they release.

In addition to making quality content available, Limelight also offers analytic capabilities, which is not only a trend, but a dire need of the hyper competitive corporate landscape today. “Our analytic capabilities help our customers to understand who is consuming their content, from where and for how long.
This allows them to better monetize their content by better focusing it in the areas that are important to their end users,” comments Limelight CEO, Robert Lento at a briefing at IBC 2015.

Despite all the capabilities and care taken pertaining to the correct, or the latest file being cached in the edge servers, one inevitable circumstance is that few of the files become corrupt or need replacement overtime. While there are other purging solutions in the market to remove such cached content, most of them are time consuming, complex and fail to instill confidence among users. The challenges only increase in light of the stratospheric volume of content that reside in any given CDN today. Addressing these issues is Limelight’s SmartPurge, which Jones says is the industry’s most advanced purging application. “Available on-demand and scalable from a single URL to massive global purges, it is designed to remove content immediately from the users’ access with confidence and an intuitive interface.”

One burning concern, however, that can undermine all the capabilities surrounding fast and optimized content delivery is the security of the content. With the variety, frequency, and intensity of attacks proliferating, no CDN, or its customers can keep this aspect in the back seat. To put it in perspective, DDoS attacks swelled by 180 percent in 2015, victimizing some of the largest and well-regarded corporations in the world. With every other aspect of its business engineered to churn success, Limelight appears all geared to plug any loophole that might setback its efforts, including security. The company has developed the market’s only solution with situational awareness and zero day protection and mitigation capabilities, integrated in the cloud. Limelight’s network provides low latency proximity to web application firewall nodes along with real-time security information and event management (SIEM) support, which coupled with automatic update from threat intelligence with new security rules reduce the surface area against any incoming attack. While, in the background algorithms test browsers to ensure they have the capabilities to detect bot activity. Nonetheless, in the event any attack does get through, the firm’s globally distributed scrubbing centers closely monitor and allow only legitimate traffic through, blocking the corrupt ones. And, being cloud-based, the solution exempts clients from expensive installations of local appliances.

While the company bets high on its privately owned and operated network with promises of innovations, moving forward, evidences of it cashing in on the bets do reflect in its repository of case studies. Comprising of names, such as Nintendo, Rhapsody, Dailymotion and Arsenal FC, Limelight Networks’ clientele without a doubt speak for the market position the company has secured since its inception in 2001. And, with a clear strategy that, at the moment, looks well oriented for the years and the challenges that lay ahead, the company’s roadmap seems unequivocally aligned to its brand motto—The world is digital. We deliver it.

Description
A CDN firm with one of the largest networks, which is privately owned and operated affording unparalleled content delivery capabilit 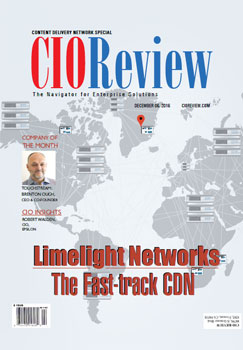